THE MAIN GATE OF OUR SWEET HOME 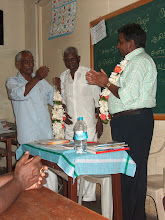